The period passed with a drop in the prices of the main grain crops on world exchanges and markets, in the context of Russia's return to the international market. Another factor is the continued rise in inflation in Europe, as well as fears about the cost of energy, which could dramatically increase costs for businesses.

Don’t have time to read the entire market report?  Here’s what you need to know:

Spring crops are giving us an unpleasant surprise  – the sunflower harvest is proceeding with an average yield of around 200 kg/ha, and the situation with corn is shaping up to be even worse, according to local producers.

Drought grips Europe –  Last week the European Commission said that Europe is currently witnessing its worst drought in 500 years, with 47% of the region on "alert" status.

More insights in this week’s report for our paid subscribers:

Fertilisers are already here! – “By bringing fertilisers to the platform, everyone can choose the best for themselves" are the words of Kristian Ivanov, founder of the Agriniser platform.

Russia is back on the market –  the country is back on the international stage, selling wheat to Egypt and Algeria. On Wednesday Bangladesh approved the import of 500,000 tonnes of wheat from Russia, and Pakistan is also in talks with Russia over wheat imports as the country struggles to make up for a weak harvest and food stocks.

In Bulgaria, farmers continue to harvest sunflowers. The results of the harvest are not satisfactory and in places do not even reach 200 kg/ha, since in many places of the country the rainfall was not sufficient during the growing season. The situation with corn is shaping up to be even worse, according to local producers.

Samples are taken and tested for residual amounts to ensure that the product obtained from Ukrainian imports meets European standards. This was stated by the caretaker deputy Minister of Agriculture Georgi Sabev.

He explained that immediately after the beginning of the events in Ukraine in February of this year, intensive talks began between the European Commission and Ukraine, and on June 3 a regulation was adopted, which came into force the very next day. With this, a number of Bulgarian products remain under pressure from Ukrainian imports. These are honey, walnuts, sunflower and wheat," said the deputy minister.

In the Black Sea region, new sales made by Russia to Egypt, confirm the return of this origin and the acceleration of export activity in the coming weeks.


The Russian harvest is expected to be large, providing significant volumes for the export market.

On the Old Continent, the results of the past summer are already visible.

Last week, the European Commission said Europe was currently witnessing its worst drought in 500 years, with 47% of the region in a state of "alert". They also add that conditions are worsening in as many as 15 countries, including Germany, France and the United Kingdom. The bad news is that the drought is expected to last at least until November.

This also explains the latest crop forecasts in the European Union, currently revised down by 16% for corn, 15% for soybeans and 12% for sunflowers, compared to their average for the last 5 years.

Overseas, at the beginning of the week the dollar continued to accumulate an increase  against the European currency at the level of 0.9900 per euro. Oil prices remained stable, with a barrel trading at $88 on the New York Stock Exchange on Monday morning.

The US market remained closed on Monday due to the Labor Day weekend. This helped prices recover slightly at the end of the week.

Argentina's grain exports brought in about $3.4 billion in August, up 5 percent from July, the country's agriculture ministry said, as the South American country tries to increase the flow of foreign currency to replenish its central bank's depleted reserves.

We recall that the Central Bank of Argentina requires grain exporters to convert their profits from dollars to the local currency, peso.

The South American country has strict currency controls, but in order to preserve its scarce reserves, the Ministry of Economy also introduced a specific exchange mechanism in the agricultural sector.

Futures by the 6th of September

The real market in Agriniser

Trending prices according to negotiations in the platform

The week on the platform reflected market sentiment. It seems that the waiting period is almost over and another movement in the market is about to happen. In the current situation, real and timely information is the key to a successful transaction.

Over the years, Agriniser has become the main source for a number of leading international companies and institutions, providing detailed information on grain markets by region. But this does not end the company's contribution to agriculture in the country. For some time now, the platform has also offered a new category serving the fertiliser trade.

"Our goal is to offer maximum flexibility to our customers. We are confident in the quality of our product and therefore do not hesitate to provide it to consumers in a variety of forms. By bringing fertilisers to the platform, everyone can choose the best for themselves," said Kristian Ivanov, founder of the Agriniser platform.

If now is the moment when you make a choice about the purchase of fertilisers, visit the page at Agriniser and see the latest offers for the season.

Exports from our country in August

The figure is quite impressive, considering that it forms nearly 40% of Bulgaria's monthly exports, which for August remained at 1,100 million tonnes.

What is the state of grain crops?

According to NIMH data, until the middle of the first ten days of September, the agro-meteorological conditions will remain unsustainable. At the beginning of the period, rains of economic importance and improvement of moisture reserves in the upper soil layers are predicted - a prerequisite for quality implementation of the upcoming pre-sowing treatments of the areas intended for sowing with winter rapeseed and winter grain crops.

The agrotechnical terms for the sowing of winter rapeseed started in the third ten days of August and will end in the second ten days of September.

After a brief cool-down in the second half of next period, the final stages of late spring crop development will proceed at a moderate pace, with near-normal heat conditions.

In the first week of September, the sunflower crops and in the high fields will finish their development. Mid-late hybrid corn will go through wax and full maturity, and late hybrids will show milk maturity.

At the end of the first ten days, relatively drier weather and improvement of the conditions for carrying out the sunflower harvest and clearing the areas of the earlier corn hybrids are predicted.

The Ministry of Agriculture announced that as of 25 August, 109,694 ha of sunflowers had been harvested in the country, which is more than at the same time in 2021 and shows that the harvest this season is at a faster pace. The current harvested quantities are over 200 thousand tonnes - four times more on an annual basis.

The average yield of oilseed sunflower is 200 kg/ha, which is more than 3% increase compared to this time last year.

Corn for grain is also already being harvested, although only 1,705 ha of the total 527,261 ha with the crop have been harvested as of the reporting date. At this early stage, production is more than 18% compared to last year, but the harvested quantities per hectare have also decreased by the same amount. The average yield of corn for grain in the country so far is estimated at 442 kg/ha.

Russia returned to the international scene, selling wheat to Egypt and Algeria. On Wednesday Bangladesh approved the import of 500,000 tonnes of wheat from Russia to stabilise the price in its domestic market. The additional secretary of the cabinet department Abdul Barik announced the decision after a meeting of the cabinet committee on public procurement in the capital Dhaka. Bangladesh will pay Russia in US dollars for this wheat, he said, adding that the wheat will be bought at $430 per tonne.

Pakistan is looking for Russian grain

On Tuesday Pakistan said it was also in talks with Russia over wheat imports as the country struggles to compensate for crops and food stocks washed away by massive floods that have killed more than 1,100 people. 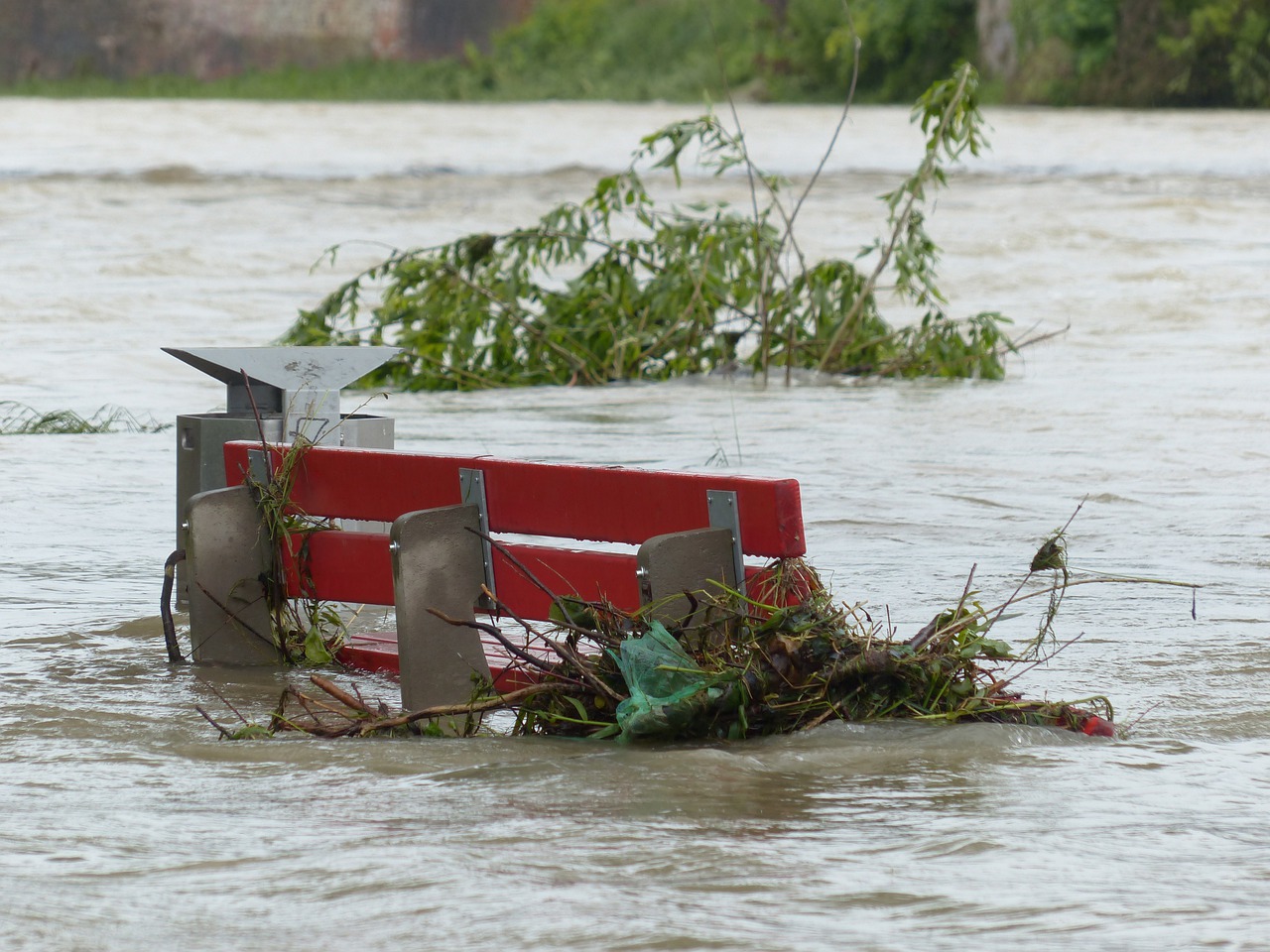 Prime Minister Shehbaz Sharif called on the world to provide more aid to Pakistan, saying there was currently a "huge gap" between the promised aid and the scale of the disaster.

Sharif said he believed the country could buy Russian wheat without violating Western sanctions imposed on Moscow over its invasion of Ukraine this year. "We have an offer from them and we are negotiating," the prime minister said at a briefing. "We have to do everything to feed our people," he added.

The US said on Tuesday it would provide $30 million in humanitarian aid to Pakistan, including food, safe water and sanitation needs. "This support will save lives and reduce suffering among the most vulnerable affected communities," the US Embassy in Islamabad said.

Washington and the World Food Programme are trying to buy Ukrainian wheat for Pakistan that has already been sent as aid elsewhere in the developing world.

About 3.6 million acres of arable land in Pakistan have been affected by the floods, according to the Food and Agriculture Organization of the United Nations. The harvest that was planned to be harvested has been destroyed in parts of the country, especially in the worst-hit southeastern province of Sint. Many people saw their wheat stocks for the year washed away as their villages and homes were flooded, department officials said.

Since the opening of the Black Sea Corridor, seaborne exports from Ukraine have already exceeded 1.5 million tonnes. Despite the efforts of Europe and the USA, these volumes remain extremely disappointing for the country, which in the past was one of the leaders in grain exports.

At the same time, Russia is struggling to ensure exports of its record harvest. Exports from the country in July and August (the first two months of the new season) fell by 22% to 6.3 million tonnes compared to a year earlier, the data show.

"There is a risk of unofficial sanctions," Dmitry Rilko, director general of the Moscow-based IKAR institute, said in an interview. "They are creating problems finding ships for Russia in the Black Sea and we are seeing some banks not wanting to open letters of credit for wheat of Russian origin."

Since the start of the new season, Russian supplies are no longer limited by an export quota that was in place for the second half of the previous season to protect domestic supplies. The government is now complaining about trade restrictions, even after the EU and US stressed that food is not subject to sanctions.

"Despite statements made by Washington and Brussels that anti-Russian sanctions do not apply to food and fertilisers, the blocking obstacles to banking operations, insurance and transportation of goods that arose as a result of their introduction still remain,” the Russian Foreign Ministry said.