The events of the past week on a political scale also had their impact on the grain markets. Actions regarding the future of the Black Sea Corridor can be described as another "storm in a teacup".

Russia's initial withdrawal, and its subsequent return to the negotiating table, proved to be a test of the prices in international markets. The conclusions that emerge from this test are that prices will continue to rise smoothly in the future, and sharp peaks are unlikely.

Don’t have time to read the entire market report? Here’s what you need to know:

Will there be help for farmers in the country? – with the election of the chairman of the agricultural commission, the green light is given for the adoption of urgent changes in the Law on Assistance to Agricultural Producers. In this way, support for the sector under the Strategic Plan for the Development of Agriculture from 2023 to 2027 is expected to start quickly.

Russia has changed its behavior – only time will tell what the cost of this change is. For now, the assurances remain that this time the grain will reach the countries in need, and the UN is committed to assisting Russian agricultural exports.

More insights in this week’s report for our paid subscribers

Agriniser - a solution for everyone – our offer opens another door to thousands of people in the industry looking for and offering grain.

A game of interests – Russia wants the West to lift restrictions on the state-owned agricultural lender Rosselkhozbank to facilitate the country's grain exports. Until 2018 the bank was managed by Dmitry Patrushev, the son of the secretary of the Russian Security Council and an ally of Putin, and now the Minister of Agriculture of Russia.

In Bulgaria, the risk for wheat from the new crop remains very high, given the meteorological situation. The risk for agriculture in general is no less, observing the pace at which things are happening in the parliament.

After long delays, withdrawn candidacies and controversies at the end of last week, the parliament finally managed to elect the chairman of the agricultural commission - the MP from "We continue the change" Rossen Kosturkov. This election gives the go-ahead for the passage of urgent changes to the Law on Assistance to Agricultural Producers. In this way, support for the sector under the Strategic Plan for the Development of Agriculture from 2023 to 2027 is expected to start quickly.

In the Black Sea region, Russia's announcement to suspend Ukraine's grain export corridor agreement sparked puzzlement and a brief spike in prices, which quickly fell back to normal levels after the country returned to the deal.

What the cost of this turnaround is, only time will tell. For now, assurances remain that this time grain will reach countries in need, the UN has pledged to assist Russian agricultural exports, and Ukraine has promised not to use the humanitarian shipping corridor in the Black Sea to attack the Russian fleet.

On the Old Continent, despite the slight drop, temperatures remain above the average in Western Europe and accelerate the vegetation of autumn crops. Weather models are predicting increased vulnerability to frost, especially next spring.

Overseas, at the start of the week the dollar remained almost unchanged against the European currency at 0.9940 per euro. On Monday morning oil prices rose slightly once again after trading at $91.40 per barrel on the New York Stock Exchange.

The US Federal Reserve unexpectedly raised interest rates by 75 basis points. Jerome Powell - the chair of the institution, disappointed investors after he said that the US will continue to fight inflation and thus raise interest rates further in the future.

Meanwhile, StoneX raised its US corn yield estimate to 174.5 bushels/acre from 173.9 bushels/acre a month ago. This week U.S. ethanol production hit a 3-month high of 1,040 million barrels per day.

In Australia, heavy rains in the south-east of the country are reducing the quality of the upcoming harvest, leading to an increase in quality premiums.

In Argentina, the Buenos Aires commodity exchange revised down its production forecast to 14 million tonnes from 15.2 million tonnes, publisheded last month. Corn sowing in the country has been completed at 30% of the planned areas.

Futures by the 8th of November


The real market in Agriniser

Trending prices according to negotiations in the platform

The week at Agriniser was busy with new offers, talks and concluded deals, fueled by the price spark that briefly flashed last week.

In the current situation, sentiments are divided into two – some farmers prefer to give a little more time for the development of the market, while others are finalising their deals with the desire to devote themselves fully to the challenges of the new economic year.

The Agrniser market - your solution for trading!

If you have not yet sold your production, list an offer on Agriniser. This is how you will secure your business at a time when the availability of more offers determines the amount of your profit. Our offer opens another door to thousands of people in the industry looking for and offering grain.

Exports from our country in November

At the beginning of November, exports from our home ports started with just under 55,000 tonnes of grain. It seems that in November the leadership position in our exports will be replaced by new players.

While the purchase of 9,000 tonnes of sunflowers from Spain through the port of Varna seems almost routine, another one made a much bigger impression.

Again, a ship was loaded with 45,000 tonnes of wheat at the port of Varna, which sailed for Bangladesh.

What is the state of grain crops?

According to NIMH data, after the unusually high temperatures at the beginning of November, which exceeded 27-28°C in many places in the country, a gradual decrease in temperatures is expected in the next period and at the end of the first ten days - normalisation of thermal conditions.

At the beginning of the period in Southwest Bulgaria, an increased probability of precipitation with economic significance, moistening of the upper soil layers and improvement of the conditions for the initial phases of the vegetation of the sown autumn crops is forecasted.

In the rest of the field regions, significant precipitation is not expected, and the limiting factor for the development of the sown autumn crops will continue to be the deficit of soil moisture.

The situation of winter grain crops remains critical in part of the Upper Thracian lowland and the southeastern regions, where there is no moisture in the 50 cm soil layer, and in the 100 cm layer - the level of soil moisture reserves is unusually low, below 40% of the marginal field moisture content. As a result of the drought, the seasonal tillage has been suspended in some places, and for this objective reason, in some field regions the agrotechnical deadlines for wheat sowing in October have been missed.

At the end of the first ten days of November, the germination phase will prevail for the sown winter crops. In a small part of the crops, mainly in places in the Danube regions, where local, significant precipitation fell in early autumn, leaf formation will be observed (1-3 leaves).

On the international stage, Jordan launched a tender to buy 120,000 tonnes of feed barley. Iraq bought 150,000 tonnes of durum wheat from Canada, Lithuania and Australia.

A few days earlier, Egypt returned to buying and launched a wheat auction with deliveries between 15-30 December 2022 and 1-15 January 2023. Algeria also continues to buy wheat, announcing a new auction.

Russia with most competitive prices

Russian offers are currently the most competitive. The country exported 1 million tons of grain last week, compared to 910,000 the previous week. This pace is limited by the lack of logistics. 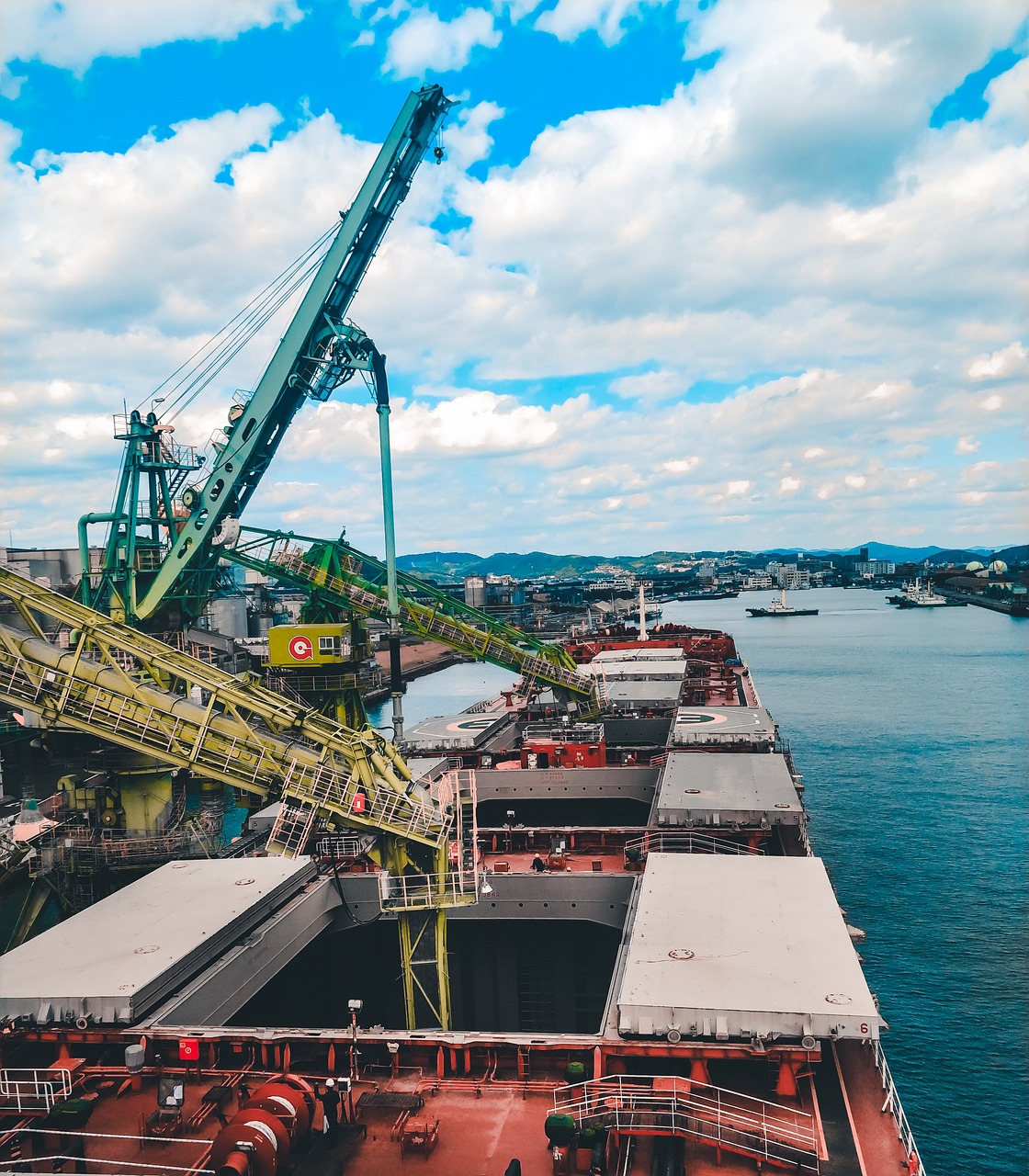 An event that was bound to have an impact on the grain trade was the approval of Brazilian companies to supply corn to China. More than 100 Brazilian traders, cooperatives and facilities have been granted permission to export corn to China after the latter's General Administration of Customs (GACC) published a list sent by the Brazilian government outlining specific export requirements.

Brazil signed an agreement with China in May on the sanitary requirements related to grain imports, including updating quarantine rules. The agreement initially envisaged that exports will start with the 2022-23 harvest, but it was agreed in August that there would be no need for controls on farms with maize already harvested in the 2021-22 harvest.

From that moment, the Brazilian Ministry of Agriculture began an inspection of all companies that applied for the necessary phytosanitary certificate to export corn to China. China is demanding that Brazil prove that the cargo is not infected with any of the 18 quarantine pests listed in the protocol signed between the two countries.

Russia wants the West to lift restrictions on state agricultural lender Rosselkhozbank to facilitate Russian grain exports, it said in a demand made during talks to extend the deal on food supplies from Ukraine.

The Kremlin suspended its participation in the established Black Sea Grain Corridor in late October but rejoined four days later, allaying fears of further disruptions to Ukraine's grain exports at a time of global food inflation.

President Vladimir Putin has reserved the right for Russia to end the UN-brokered deal again, while Antonio Guterres is pushing for Moscow to agree to extend the pact beyond its scheduled expiration on November 19.

The latest demands from the Russian side to Western countries are to allow state-owned lender Rosselkhozbank to restore its relations with correspondent banks despite Western sanctions.

This would allow the bank, which until now has not had much of a role in international grain trade, to process payments for Russian grain and other food products. Before the latest sanctions, such payments were processed by international banks and subsidiaries of other Russian banks in Switzerland.

Of interest is the choice of this particular bank, considering its management. Dmitry Patrushev, son of Russian Security Council Secretary and Putin ally Nikolay Patrushev, served as chairman of the bank's board from 2010-2018 and is now Russia's agriculture minister.

The bank and the two members of the Patrushevi family are subject to Western sanctions. However, the United States has said it is ready to address specific issues if the UN raises them.

"We want to see both Russian and Ukrainian grain on world markets," said the USDA spokesman.

Sanctions in place to date that Europe has imposed make it difficult for Russian grain and fertiliser traders to process payments and access ships, insurance and ports, even though grain is not officially subject to restrictions.

A UN source asked for comment said facilitating payments for Russian food and fertilisers through Rosselkhozbank is being discussed in the European Union and other countries.

Seeing a glimmer of hope, representatives of the Russian Union of Grain Exporters suggested that the Ministry of Agriculture include a more detailed plan for Rosselkhozbank in Russia's list of demands during the negotiations.

"We propose that the US and the EU each appoint one authorised correspondent bank for Rosselkhozbank, to settle payments for grain and other agricultural products, as well as trade finance transactions, including bid and performance guarantees," said Eduard Zernin, head of the association, considering buyer and seller protection transactions.

Ukraine  - as of the 1st of November, 3.5 million ha of winter wheat were sown in the country compared to 6.1 million ha last year. This suggests that the 2023 harvest will be even smaller.

To the latest offers at Agriniser Market >>